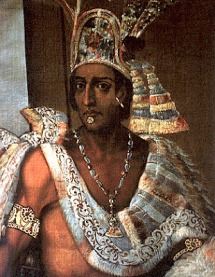 I thought I would post an interesting excerpt from The Weight Loss Counter Revolution Book on a little known benefit of exercise. There was an interesting study done of some brave souls that volunteered to be injected with the toxins produced by the nasty bacteria E. coli (Pedersen B. The anti-inflammatory effect of exercise: its role in diabetes and cardiovascular disease control.  Essay Biochem 2006;42:105-17.).  You may know this diarrhea-inducing bug from the many outbreaks of contaminated food that pop up in the news from time to time. It is capable of causing a severe diarrheal illness that can be bad enough to cause organ failure, shock, and even death. The way this bacteria leads to organ failure is by secreting vast amounts of deadly toxins. These toxins put your immune system into overdrive causing the production and secretion of mega doses of pro-inflammatory cytokines that cause overwhelming amounts of inflammation. This extreme pro-inflammatory state gets way out of control.  As an example:

Johnny Stool recently insulted the owner and namesake of his favorite local restaurant, Montezuma’s. To get revenge, Montezuma intentionally avoids washing his hands prior to cooking up Johnny’s favorite taco platter. Johnny doesn’t see the myriad little E. coli dancing in his ground beef. They end up moving the party to his gastrointestinal tract where they multiply like wildfire and start secreting toxins. These toxins then hijack the signaling controls of his immune system and secrete a storm of signals that turn on his inflammatory system. This results in a tsunami of inflammation that can lead to total organ shutdown and even death. Johnny eventually recovers because he’s otherwise healthy but decides to be a vegan and never anger a restaurant proprietor again.

The researchers in the study cited above injected their brave volunteers with the very E. coli toxin that knocked Johnny off his stool. They wanted to see how exercise influences inflammation. They specifically wanted to measure the release of TNFα. The volunteers were divided into two groups. The first group was asked to hang out in a waiting area until they got their injection. The second group was put on a stationary bike and told to pedal for three hours. Both groups were given the injection of E. coli toxin at hour two and a half.  As you can expect, not long after injection, TNFα levels went through the roof in the not-exercising group. What was surprising is that, in the exercising group, the levels did not increase at all – not even a smidge.  I’ll say that again. The group that was exercising had absolutely no response to the deadly toxin. It was as if they got punched in the face by a heavyweight boxer and didn’t even flinch. This study shows that exercise can block the release of pro-inflammatory cytokines and protect you from the terrible effects of serious infections. This would mean that exercise not only keeps the food from making you fat, it might also keep it from making you sick. It would be reasonable to assume that exercise has a blunting effect on the illnesses created by other infectious agents as well.

4 thoughts on “Exercise and Montezuma’s Revenge”