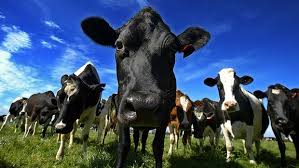 If you check out my last post, I have been deep into a new book by Michael Moss called “Salt, Sugar, Fat:  How the Food Giants Hooked Us”.  It’s an amazing insider’s view at how the food industry has manipulated these three pillars of food production to get us hooked on their products (and make us fat in the process).  I thought I would dedicate the next few posts to some tidbits I learned from the book to help educate you.  All the following information is adapted from the book or a Youtube video Moss made on the topic.  I highly recommend the book.

One of the most interesting facts that Moss discovered was how our relationship with cheese has changed in the past 30 years.  We have developed a huge cheese addiction and most of us don’t even realize it.  Here are some of the facts:

So how did this happen?  Well it turns out that our own government has been in cahoots with the processed food industry to get us to eat more cheese.  In the 1970s, research had begun to link saturated fat with heart disease.  Americans began to pay a little more attention to their health and diet and started cutting out saturated fat.  The poster child for fat at the time was whole milk.  The dairy industry removed the milkfat to meet our demands.  The problem for the dairy industry was that , through changes in the way they fed the cows and the hormones they gave them, they had turned cows into milk factories.  The end result was that they had a huge surplus of excess milkfat.  All this fat had to go somewhere.  It went into cheese. 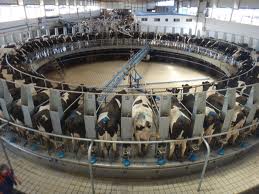 In 1983, Ronald Reagan said no more and stopped the subsidies.  But instead of being encouraged or legislated to decrease production, the dairies found a way to get us to eat more cheese using our own government against us.  They created a system called the “check-0ff” under the Department of Agriculture.  The dairy industry taxes itself to raise money to promote cheese and other dairy products.  Got milk?  They spend about $400 million dollars a year for advertising and promotion.  Actually, I should say we spend that money since its our own Secretary of Agriculture who oversees it.

The food industry has been working on its own as well.  They have worked hard to completely change the way we think of cheese.  Cheese used to be something you ate on its own as an appetizer or snack.  The dairy industry turned cheese into a common ingredient that we add into just about everything from pizza crusts to crackers.  The result was that all the fat people tried to avoid but cutting down on whole milk came back into the diet as cheese in greater quantity.  We now are getting huge amounts of fat and calories from cheese in ways that we never did before. 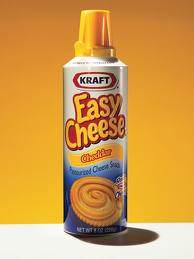 The bottom line is that you can count on the processed food industry to increase the calorie and fat content of the food we eat.  Even more depressing, you absolutely cannot count on the government to protect you from this subterfuge.  In fact, the government may be helping work against you as is the case with the dairy industry.  You must be aware of what your eating.  Learn to read the nutrition labels and count the calories and fat in your food.  You can only be successful at weight loss if you have control over what you put into your body.  Control begins with awareness.  So go out there and cut the cheese! (That didn’t come out right but you get the idea.)

2 thoughts on “The Truth About Cheese”