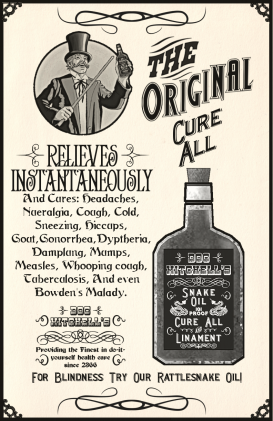 It all started back in the early 1990s.  Actually, it probably started long before that.  It probably started the first time someone decided to sell a substance on the claim that it improved health.  Fast forward a few millenia with some advances in chemistry and much better marketing techniques and you get the multibillion dollar nutritional supplement industry. These chemicals are packaged in pill forms, placed in bottles, and marketed to cure everything from asthma to zygomycosis. In the early 90s the FDA tried to crack down on behalf of the consumers to force the companies who make these substances to be more forthcoming in their labeling.  The supplement industry fought back and lobbied Congress to pass the Dietary Supplement Health and Education Act of 1994 (“DSHEA”).

The most important thing the DSHEA did was to create and define the term “dietary supplement”.  This law defined a dietary supplement as a product (other than tobacco) that has in it a vitamin, a mineral, an herb or other botanical, an amino acid, a dietary substance. It has to be used  by people to supplement their diet by increasing the total dietary intake, of a concentrate, metabolite, constituent, extract, or combination of any of those ingredients.  The supplement has to be labeled as a dietary supplement and be intended for ingestion and must not be represented for use as conventional food or as a sole item of a meal or of the diet.  Under DSHEA, dietary supplements are deemed to be food.

One of the most important facts about the DSHEA is that supplement manufacturers do not have to prove that their products are safe prior to marketing them.  The FDA can only ban a supplement if the FDA finds proof that the supplement is dangerous.   This means that unsafe or ineffective supplements can be sold freely, while the FDA has only a limited capacity to monitor adverse reactions from supplements.

Let me explain that again in different words so you fully understand the implications.  If you are buying something that is marketed as a nutritional supplement, the company selling you that chemical is not required to prove that it works or is safe. In reality, you have no idea the effects the substance will have on your body.  The DSHEA was essentially a free pass to the supplement industry to sell whatever they want and claim it did whatevery they said. In fact, many of the supplements don’t even contain the substances they claim to.  That’s right, the DSHEA also doesn’t require that the manufacturers prove that the substance they claim is in the pill is actually in the pill.

This is not to say that their claims are false or their products are dangerous.  It just means you have no idea.

It is true that there are many  side effects to FDA approved prescribed and over-the-counter medications.  The difference is that with those products you know what it does and what the relevant side effects are with some level of certainty.  With a supplement, you just don’t know.  In fact, with further study, many of the supplements have been found to not do what they claim they do (click here to see a recent post on the topic).  Even worse, many of the supplements have been found to be harmful and later banned by the FDA (e.g. ephedra and DMAA).

This issue was recently made more stark in a study just published in the Journal of the American Medical Association (JAMA) that studied 274 banned substances and found that 68 percent of the dietary supplements analyzed still contained the banned drugs at least six months after their recall.

Just remember that the following substances are all natural and guaranteed if ingested to take away any pain and ailment you may suffer from:

4 thoughts on “What’s in your supplements?”