He was a 30 year old Ph.D. student who was just three weeks from getting his doctorate in computer science who just wanted some help losing a few extra pounds.  He id his research and bought a weight loss supplement online called DNP (dinitrophenol).  It’s a benign appearing yellow powder that he was taking for about 2 weeks.  At about 2 am after his last dose he started feeling unwell, anxious, jittery, and sweaty.  His friends brought him to the ED where he had a high temperature (>101°F) and was tremulous and anxious.  The ED doc told his friends that he probably would need a few hours for the effects to wear off and they could come get him in the morning.  Little did they know that was the last they would speak to him again.

Over the next couple hours in the ED he became more and more agitated and his body temperature rose in spite of IV sedatives.  He was admitted to my ICU where I took over control.  We put him on a continuous infusion of sedatives and did everything in our power to keep his body temperature down.  At one point he had two active cooling blankets, ice bags on his groin, armpits, and neck, cold IV fluids running in his veins, and continuous lavages of cold fluids into his bladder.  With all of that he had a temperature >108°F.  We had to put him on life support to allow us to more deeply sedate him.  We attempted to do so but, in spite of getting paralytic drugs, every muscle in his body contracted and he went stiff as a board and went into cardiac arrest.  We did an emergent surgical airway in his neck because we couldn’t open his mouth.  In spite of all of our efforts he died about 9 hours after he last took the substance.

As traumatic an experience as it was to see his dramatic and horrific demise, it was far worse to have to sit down with his parents and tell them their only son had died. 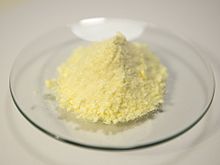 DNP works by altering normal metabolism in way that makes it less efficient.  When metabolism is less efficient it leads to more heat produced. In effect, part of the energy that is normally produced and stored for later

energy use is wasted as heat.  As the dose increases and energy production is made more inefficient, metabolic rate increases (and more fat is burned) in order to compensate for the inefficiency and to meet energy demands. Unfortunately, this process can get out of hand to the point where people die from hyperthermia total cellular shut down.

In spite of the dangers, DNP is still used by bodybuilders and others trying to lose weight and fatalities like the one I witnessed occur every year.  I am posting this for no other reason than to make sure that you all know the dangers of this and potentially other weight loss substances.

We all take for granted the success of the Food and Drug Administration at keeping our medications safe.  The FDA regulations force drug manufacturers to test and clearly prove the efficacy and safety of their products before they are allowed on the market.  They also spot check the medications to make sure they contain the substance and dosing claimed on the bottle.  You can be confident that the bottle of extra strength Tylenol contains 500mg of acetaminophen because of the FDA.

Weight loss supplements are more often than not classified as dietary supplements. In the United States, the Dietary Supplement Health and Education Act (DSHEA) of 1994 defined a dietary supplement as a product taken by mouth that contains a “dietary ingredient” intended to supplement the diet. The “dietary ingredients” in these products may include: vitamins, minerals, herbs or other botanicals, amino acids, and substances such as enzymes, organ tissues, glandulars, and metabolites. Dietary supplements can also be extracts or concentrates, and may be found in many forms such as tablets, capsules, softgels, gelcaps, liquids, or powders.”

The DSHEA made it that dietary supplements do not have to be approved by the FDA before marketing.  Companies must only register their manufacturing facilities with the FDA and follow current good manufacturing practices. With a few well-defined exceptions, dietary supplements may only be marketed to support the structure or function of the body, and may not claim to treat a disease or condition, and must include a label that says: “These statements have not been evaluated by the Food and Drug Administration. This product is not intended to diagnose, treat, cure, or prevent any disease.” The exceptions are when the FDA has reviewed and approved a health claim. In those situations the FDA also stipulates the exact wording allowed.

What this all means is that, if the manufacturer registers the facility and puts that label on, they can pretty much put any substance in the pill and tell you it does anything they want.  They can claim it causes dramatic weight loss, memory boosting, toxin removal, anti aging, etc.  Nobody will back up their claims and nobody will check to make sure the pills contain what they say they do.

These substances are mostly benign.  In fact, most of them don’t have any active ingredient in them at all – they are essentially expensive placebos (for more on that read my post “Your Supplements Aren’t What you Think” for more details).  There are many, however, that can be toxic in high doses or can interact with other medications you are taking.